through a glass darkly 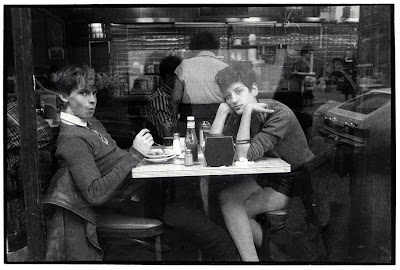 I took this photograph one morning in the early 1980's, looking through the window of the Veselka off 2nd Avenue in the East Village. The Veselka was much smaller than it is now, still very much a Ukranian greasy spoon of a joint back then. For years I always imagined this to be a picture of a young couple settled into their morning after breakfast bliss.

Then in the summer of 1986, I exhibited this photograph with a number of others in a restaurant / gallery space lower down on 2nd Avenue. And at the end of the summer, I received this letter from England written by the girl in the photograph! Beautifully pre-email-ish, with her minimally descriptive drawing - a brilliant companion piece detailing the situation from the other side of the glass - revealing that they were indeed "having a massive row." Like a great turn in a novel, that almost made the picture even better. 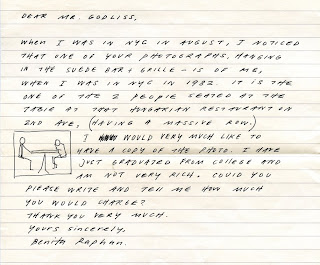 I say so much for invasion of privacy issues. Every picture doesn't really tell a story. Garry Winogrand once said: "Photography is not about the thing photographed. It's about how that thing looks photographed."
Yes, of course, I sent her a copy.
Posted by GODLIS at 1/30/2010 2 comments: 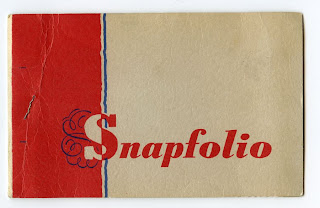 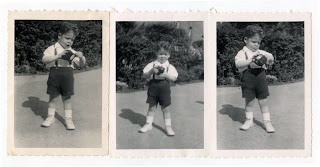 yeah, that's me as a little kid - "godlis boy", trying to make perfect sense of a twin lens reflex. i don't remember that camera or this moment. but because someone took the time to shoot not one, but several pictures of me, totally enmeshed in a struggle to make sense of this little plastic machine, I  now actually have a memory of this fleeting precious moment. the camera i do remember playing with a few years later was a classic brownie hawkeye twin lens. a bit sturdier than this one, i loved looking down into the viewfinder and trying to walk around the room using that image as my seeing eye dog. i never really shot any pictures on it.

Actually this is the kind of picture I would have taken - if i wasn't the kid in it. i'm guessing my father took this one (though my mother always claimed credit for taking all the pictures in the family, she appeared in way too many of those same wonderful pictures for her claim to be true).  but i'm pretty sure that she picked out my awesome shoes.

"godlis boy" - years later,  in high school, that was my nickname on the swimming team. kinda rolls off the tongue, fun to say. so in the spirit of fun, i present a few more godlis boy pix, from my personal snapfolio collection.  dig 'em. 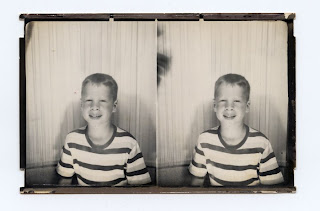 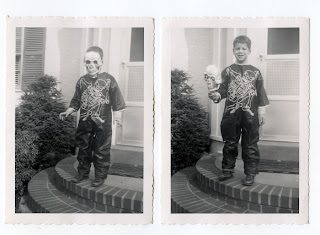 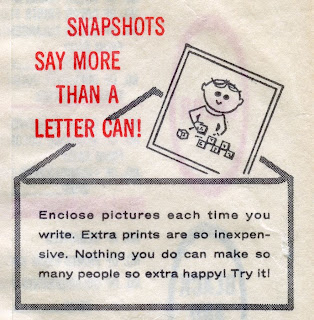 what a chunk o' chocolate 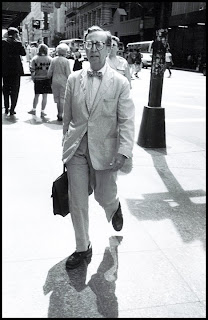 I ran into Arnold Stang out on the streets of New York back in 1987. He must have been on his way to do a voice over for a Honey Nut Cheerios commercial. But to me, he was the voice of the Chunky Chocolate commercial in the 1950's, with the infamous line that's still ringing in my head when I look at that candy bar - "What a Chunk o' chocolate!" He was a riot as the nerdy gas station attendant in 'It's a Mad Mad Mad Mad World'. Played next to Frank Sinatra in 'The Man With the Golden Arm'. And speaking (ha) of voiceovers, he was the voice of Top Cat.

He was a little comic genius. Here's a brief clip for those unfamiliar.

You're Mr. Lebowski. I'm the Dude! 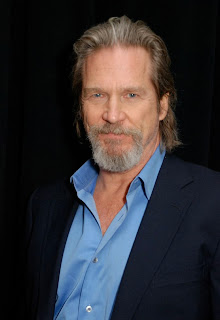 The Dude came to town Saturday night.  Jeff Bridges was up at the Walter Reade Theater for a Film Society of Lincoln Center special evening of clips and conversation, followed by a screening of one of my favorite films 'The Last Picture Show' (hey, not a bad title for a photo exhibition, now that I think of it).

So I ran uptown with my camera on a very cold New York city winter night to get a few pix of his dudeness. The man was so cool and obliging. The Dude abides. 'Nuff said. 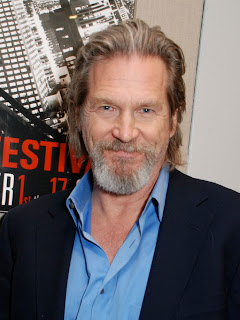 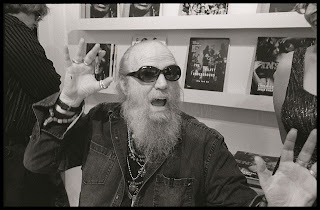 Did you read the incredible story in this weekend's NY Times about the amazing Warhol Factory photographer Billy Name? How his valuable negatives have gone missing for years now in a maze of photography agents, art dealers, and unnamed sources? I'm not even going to try to explain this ongoing tale of shady art business shenanigans. You've got to read it yourself here. Sadly there are echoes of the tale of lost Diane Arbus prints dramatized last year so well in Hubert's Freaks by Gregory Gibson. Pray for the quick return of this holy grail.

I shot this photo of Billy Name at the November opening for the not to be missed exhibition - Bande A Part: New York Underground 60's 70's 80's on right now at the Clic Gallery 424 Broome Street in Soho NYC. It's only up one more week - extended until January 17th - so hurry up and get down there. There's so many good photographs by Roberta Bayley, Leee Black Childers, Marcia Resnick, Danny Fields, Bobby Grossman, Anton Perich, Stephanie Cherinikowski, Billy Name.  And yeah I know, I'm in the show too, so this is a bit of self-promotion.

And what if you're not in NYC this week? Well then get online and order the exhibition catalog of the same name published this past fall by GINGKO Press. You won't regret it. Cover photograph by the great Billy Name.
Posted by GODLIS at 1/10/2010 No comments: 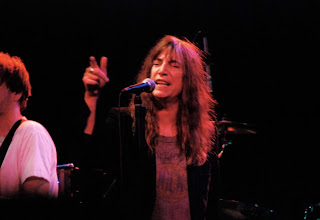 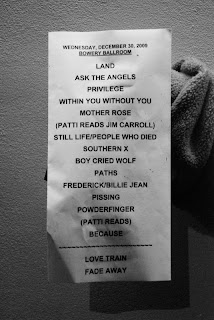 so here's the setlist from Patti Smith's Bowery Ballroom show on her birthday - December 30th, 2009 - the lucky recipient kindly held it up for my camera. The show was excellent, as expected. Right out of the box with 'Land', 'Ask the Angels', and 'Privilege'. A ton of well chosen cover songs too. Michael Jackson's 'Billie Jean', George Harrison's 'Within You Without You', Buddy Holly's 'Not Fade Away.' The band with Lenny singing (minus Patti) did two Jim Carroll songs including a knockout 'People Who Died.'

Patti's always been great over the years with her choice of live cover songs. Like a good DJ, she always seems to pull them right out of a hat. Back in the day, one of my favorites was her cover of Debby 'Boone's You Light Up My Life', which I excerpt below from - really - Kids Are People Too.  I can't overestimate the impact at the time of the ironic crossover beauty of a NYC punk poet singing a top 40 megahit by Pat Boone's daughter (I remember her at a record store signing in Times Square telling all her fans not to waste money on the album - "buy the single").

But her best cover song at this year's show was her encore - Patti and the band doing the O'Jays 'Love Train'. Such a feelgood song - I still can't get it out of my head. And so. as much for myself as everyone else, I provide a link to the O'Jays doing Love Train on Letterman (search out the Soul Train Line Dance version from 1973 yourself).

Also for your viewing pleasure, a few choice pix of Patti onstage at the Bowery Ballroom.  "People round the world, join in..." 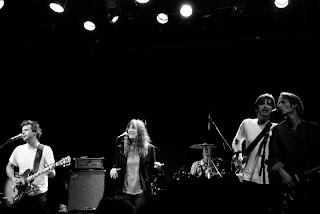 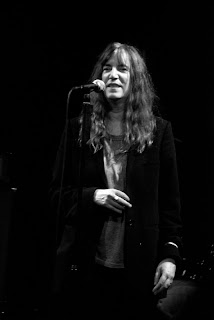 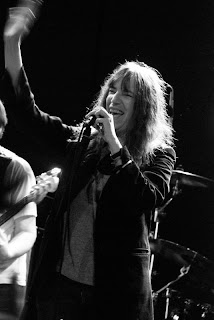 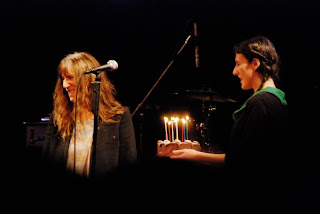