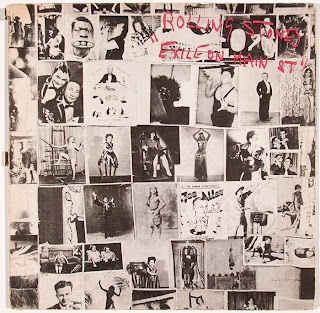 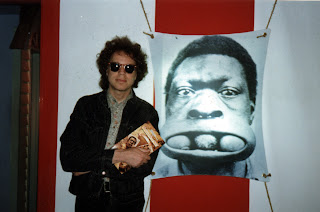 Ripley's Believe it or Not Museum, St.Augustine FL 1995 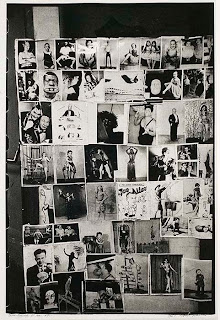 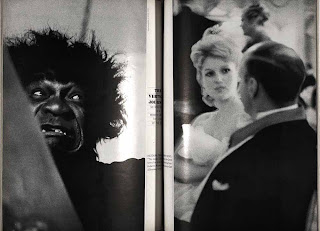 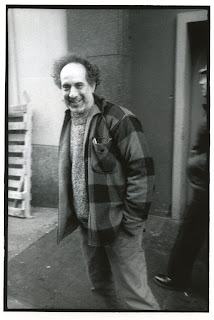 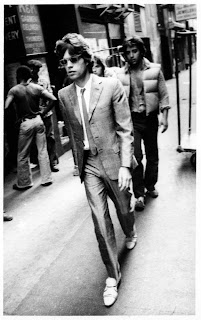 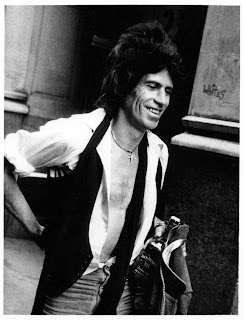 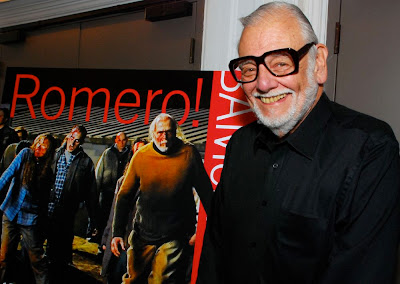 George Romero at BAM
Saturday at BAM Cinematek was the night of the living Romero.  In town for a preview screening of his new film "Survival of the Dead", George Romero entered the post screening hall to thunderous applause. Watching him waving back to fans as he carefully made his way down the steep balcony staircase to the stage,  the ultra tall Romero reminded me very much of Joey Ramone. Dressed in black and cool to the max, his modesty, honesty, and humor shined right through everything he said.

This new film was all action and gore right from the start. Everyone there - though admittedly true fans - loved all the twists and turns of this sixth installment in the 'Dead' series. An excited George Romero sounded like he was ready to make three more of these films right now.  In an engaging talk after the film he talked about his love of  his "slow undead creatures", the kind you can easily get away from. What these undead in fact do, he said, is expose the very human flaws of those who manage to allow themselves to get caught and eaten by them. Brilliant.

Meanwhile, next door at Brooklyn Academy of Music, the streets were lined with mobile video trucks that were there to broadcast a concert by The National, while Brooklyn hipster music fans roamed the streets like it was their night of the living dead. But where it was really happening was at the Cinematek, where the legend, George Romero, a very talented director who has done things his way for  a very long time, showed he is still at the top of his game, and ready to go higher. 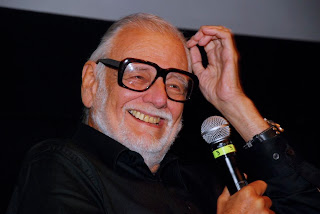 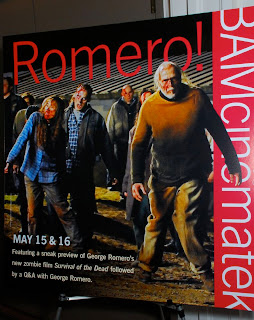 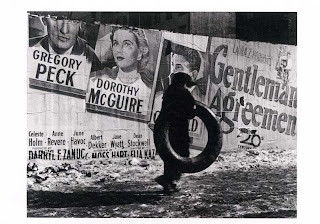 She was in the Photo League in the 1940's, shooting extraordinary pictures on the streets of New York. Today - May 13th -  she will be at The Tenement Museum  on 108 Orchard Street, signing her book "Life On The Lower East Side". She also has an exhibition at Soho Photo Gallery on White Street in Tribeca, of her vintage prints, where I shot these pictures. She's in her ninth decade, and still clicking madly. Cancel your plans - get downtown today and greet a legend! 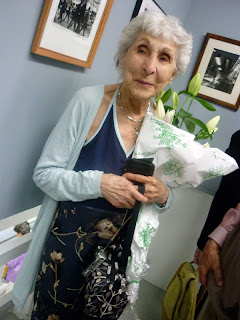 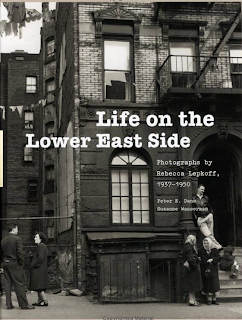 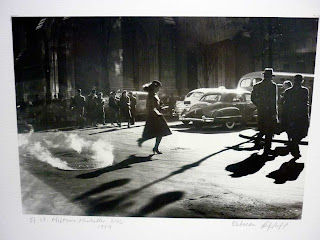 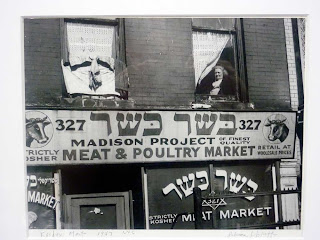 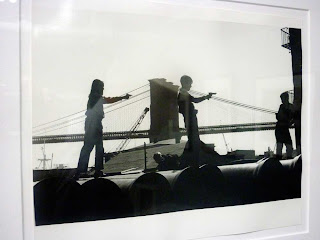 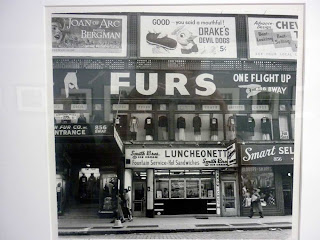 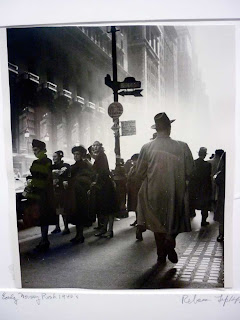 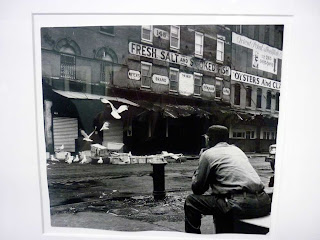 ALL PHOTOS copyright Rebecca Lepkoff
Posted by GODLIS at 5/13/2010 No comments:

the fifth day of may 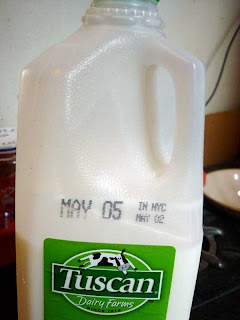 Four days after May Day, you just gotta start off your Cinco de Mayo with a listen to Bob Dylan's ISIS, circa 1975.  Opening up with,  "I married ISIS on the fifth day of May, but I could not hold on to her very long", this gem from Desire, is an ode to Bob's marital troubles, thinly disguised as a Marty Robbins' gunfighter road ballad. It is must listening every May 5th. Unfortunately for those of us living in the youtube universe, the greatest clip of this song from the 1975 Rolling Thunder tour, is missing the just quoted first verse. But this killer version does include Mick Ronson on guitar,  a wild-eyed Bobby Neuwirth facing down Dylan in white face paint, and a very young T-Bone Burnett onstage decades before he won an academy award.  As the song's long journey winds down, the last verse is intact : "I still can remember the way that you smiled, on the fifth day of May in the drizzling rain."   So go ahead, start your 5/5 off right...
And if you have a few more minutes to kill, here are two more versions. First the White Stripes (Jack White meets Jack Frost). Then a slightly bedraggled Bob Dylan (on tour after one year)  doing a full version that includes that wonderful opening verse. Happy Cinco de Mayo pardner.
Posted by GODLIS at 5/05/2010 4 comments: